WELCOME from the UN secretary-general

Thank you for joining this vital mission. Middle East Peace is essential for the security of the world and I am grateful you can play a part. Please review the following information and create a list of four to five main demands from the perspective of ISRAEL. These demands should be backed-up with evidence so that you can argue your case in the Peace Conference. Good luck, delegate!

REPORT FOR THE ISRAELI DELEGATE 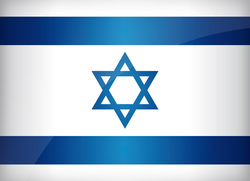 "Israel (pron.: /ˈɪzriːəl/ or /ˈɪzreɪəl/), officially the State of Israel (Hebrew: מְדִינַת יִשְׂרָאֵל‎, Medīnat Yisrā'el, IPA: [mediˈnat jisʁaˈʔel] ( listen); Arabic: دَوْلَة إِسْرَائِيل‎, Dawlat Isrāʼīl, IPA: [dawlat ʔisraːˈʔiːl]), is a parliamentary democracy in the Middle East, on the south-eastern shore of the Mediterranean Sea. It borders Lebanon in the north, Syria in the northeast, Jordan and the West Bank in the east, Egypt and the Gaza Strip on the southwest, and the Gulf of Aqaba in the Red Sea to the south, and it contains geographically diverse features within its relatively small area.[1][6] In its Basic Laws Israel defines itself as a Jewish and Democratic State; it is the world's only Jewish-majority state.[7]

Review the following weblinks and search for your own. You need to identify at least three major issues pertinent to your perspective and from those issues decide on a stance that you will take into the conference.
complete wikipedia entry on israel
GENERAL BACKGROUND INFORMATION

are you ready add to the group report blog?

go to the group report blog
Powered by